The Minnesota Boychoir, with its long and rich history and tradition of young boys and men in harmony, united in the clear purpose of making beautiful music, traces its origins to a predecessor organization called the Morris Nilsen Boys’ Choir. Founded in 1962, Morris N. Nilsen and his son, Morris A. Nilsen (directors of a funeral home located in Richfield, MN) sponsored the choir as a service to the community. The purpose of the choir, the first of its kind in the Twin Cities, was to cultivate an interest in good music and a sense of performance discipline. It began with approximately thirty boys between the ages of eight and fourteen and by 1968 there were sixty-five singers. Early performances included PTA meetings, conventions, banquets, local churches, hospitals, and senior citizen centers. Between 1962 and 1969, John Ylvisaker, David S. Van Fleet, and Beatrice Speed served as Music Directors. 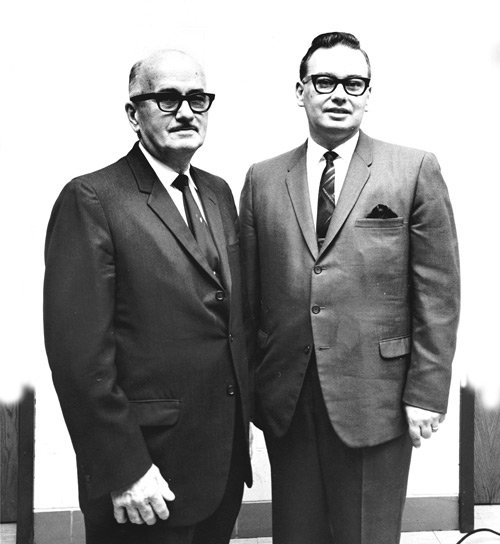 As the years went by, the choir earned its rank amongst the leading boy choirs, doubling in size and gaining national and international renown. In 1970, Paul Pfeiffer was chosen to serve as Director. Under his leadership, the organization evolved and progressed. Mr. Pfeiffer, his wife Virginia, and their close friends William and Marge Bailey worked tirelessly to improve the choir’s performance quality. With Virginia’s work as a music teacher in the Minneapolis Public School system, new choristers were recruited and the organization gained increased visibility throughout the Twin Cities. 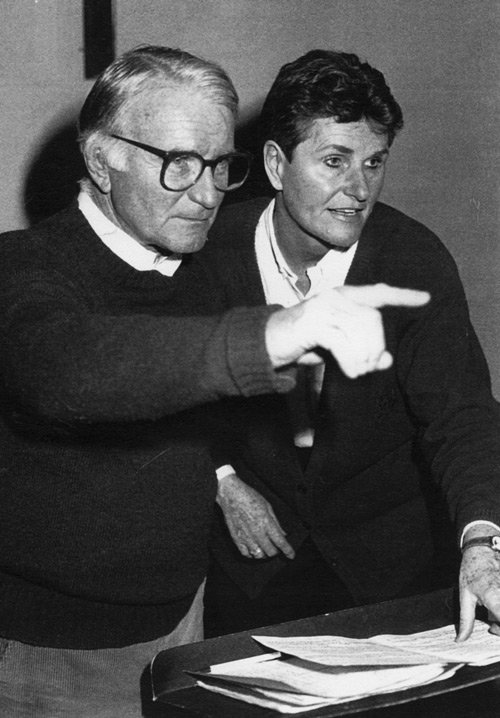 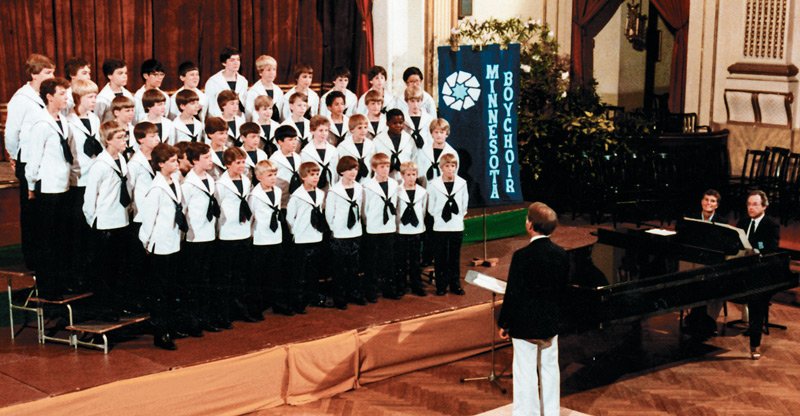 The name was changed to The Minnesota Boychoir in 1973, and on August 6, 1975, Minnesota Secretary of State Joan Growe issued a Certificate of Incorporation establishing the Minnesota Boychoir as a nonprofit corporation for “the purposes of music education and educational enrichment.” In its early years under Pfeiffer leadership, the choir was modeled after the nearly 525-year-old Vienna Boys Choir. The Minnesota Boychoir sang many of the same pieces as their European counterparts, becoming especially known for their renditions of several Viennese Waltzes. The ‘pure’ treble vocal quality was a hallmark. In line with other boys’ choirs from around the globe, maturing members whose voices had changed were ‘let go’ in order to maintain the clear characteristic sound. 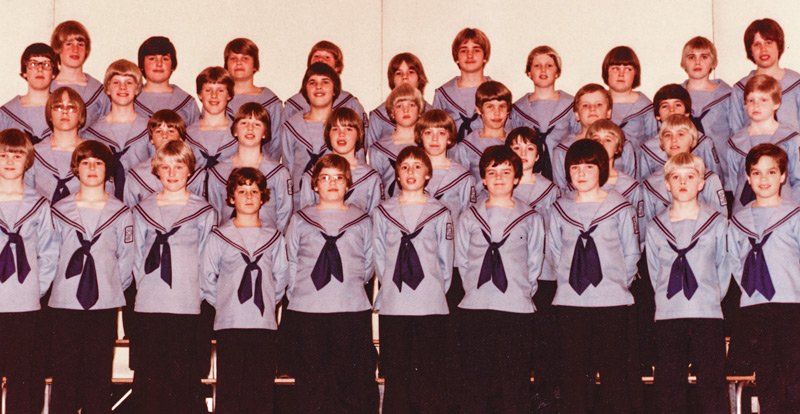 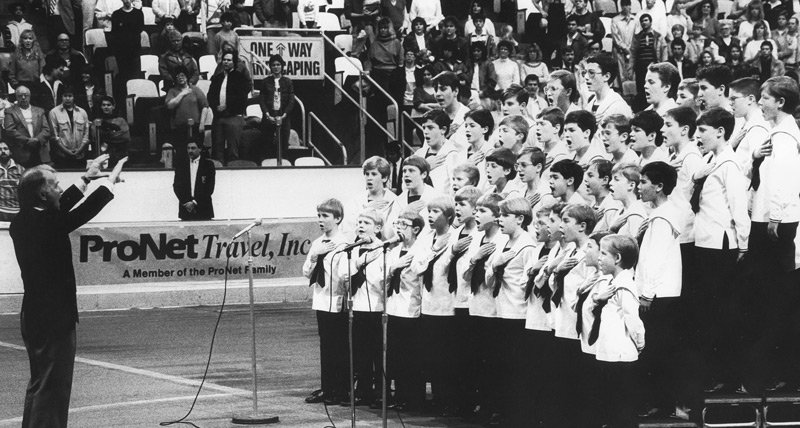 As the choir itself grew, so did its audience, repertoire, and scope in the Twin Cities community and beyond. Notably, the choir was the only North American group to be invited to participate in the Eleventh International Youth and Music Festival in Vienna, Austria in July 1982. At the esteemed festival, the judges presented a special Trophy of Honor to the Minnesota Boychoir and invited them to sing at the finale of the Festival before 5,000 people.

In celebration of the Boychoir’s 25th Anniversary in 1987, Donald M. Fraser, then Mayor of Minneapolis, signed a proclamation declaring the Minnesota Boychoir to be an official representative of the City of Minneapolis. On their concert tour to Japan that same year, Boychoir members, serving as ambassadors of friendship and good will, presented this proclamation to the mayor of Ibaraki, Japan.

In 1993, Paul Pfeiffer retired after twenty-three years of distinguished voluntary service as Music Director. Mark Johnson, the choir’s accompanist at the time, was chosen to succeed him. Before gaining full-time status in 1997, Johnson credits Eunice Hoolihan-Benson, Denise and Cynthia Prosek and Susan Novak in assisting with the choir’s pursuit of excellence. Under Mr. Johnson’s leadership the choir has continued to flourish. 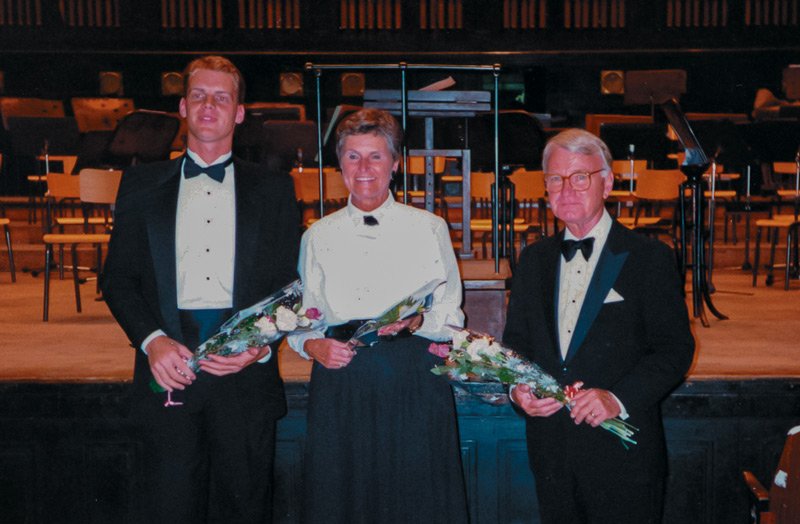 Johnson expanded the program to include both treble and changing voices which allowed for a rich, elevated sound, much like the European Anglican style of Men and Boy Choirs. This paradigm change increased membership and expanded the choir’s repertoire to include not only pieces for high treble voices but works for tenor and bass voices as well. Johnson implemented techniques he used as a teacher in the junior high classroom setting and is now considered a leader in his work with young voices. 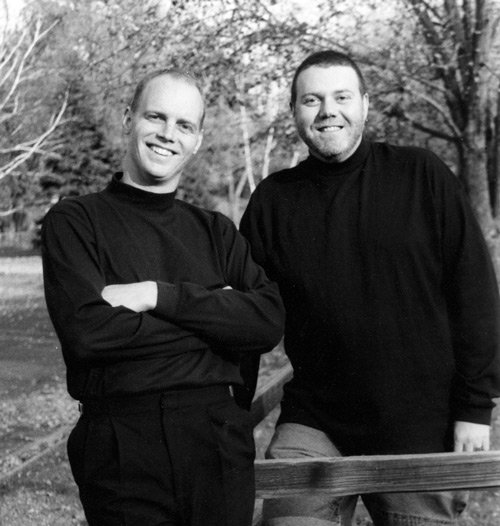 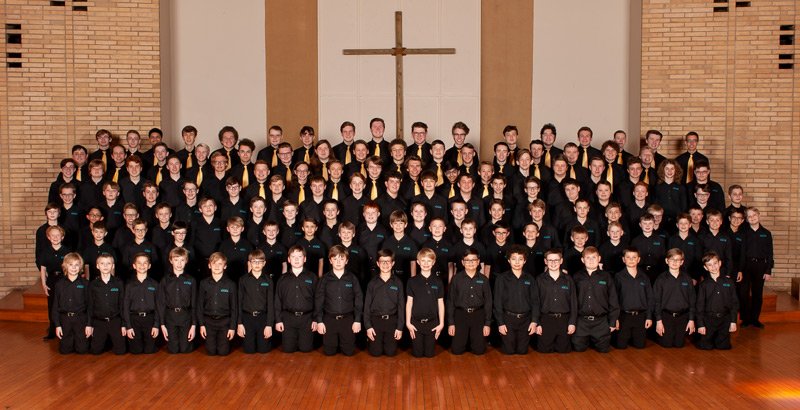 With the addition of Todd Price in 1998, as the choir’s accompanist, Mr. Johnson was able to extend the choir’s reach. The annual schedule now includes a regional, national or international tour. They have thrilled audiences in twenty states and on five continents, in some of the most prestigious concert halls and churches — from Westminster Abbey to EuroDisney to the Sydney Opera House to St. Peter’s Basilica at the Vatican to the Basilica de la Sagrada Família in Barcelona.

For nearly sixty years, the Minnesota Boychoir has built an impressive résumé. They have been honored as a performing ensemble at local, state, regional and national music conventions, sung for Kings and Queens, shared the stage with a long list of local and national artists, commissioned prominent poets and composers, and performed the National Anthem for hundreds of thousands of sports fans. The Boychoir regularly appears with Minnesota Orchestra and has also performed with Minnesota Opera, The Saint Paul Chamber Orchestra, Baltimore Symphony Orchestra, Prague Philharmonic Orchestra, and were guests on Garrison Keillor’s A Prairie Home Companion on National Public Radio to end the 20th Century. 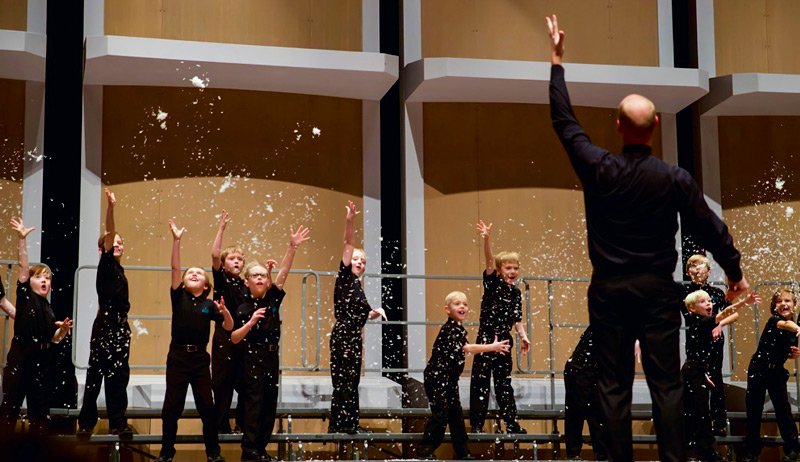 Today, as a model organization for young voices, the Minnesota Boychoir has four core ensembles; Cantar, Cantando, Cantabile and Allegro. The choir’s repertoire now includes challenging sacred, classical, secular, folk, and contemporary choral music sung in more than 30 languages and dialects. The organization boasts nearly 150 singers ages 6 to 18, from more than forty communities throughout the Twin Cities metropolitan area. Each season, the boys spend hours in rehearsal, build community at music retreats, and perform concerts in local churches, hospitals, schools and retirement homes. In addition, there are outreach programs and camps, school tours, AlumSing and an ensemble for parents, grandparents, community members and friends of the choir.

Mark Johnson and Todd Price continue to challenge and engage boys in the world of choral music, along with excellent work from Phil Radtke, Assistant to the Director, Anna Keyes, Managing Director and Amy Driscoll, Development Manager. Recordings preserve the past and inspire future choir members. Though leadership, logos, uniforms, voices, and performance locales have changed over time, the core philosophies remain. Instill excellent musicianship and strong values in young boys, and they will become remarkable men. 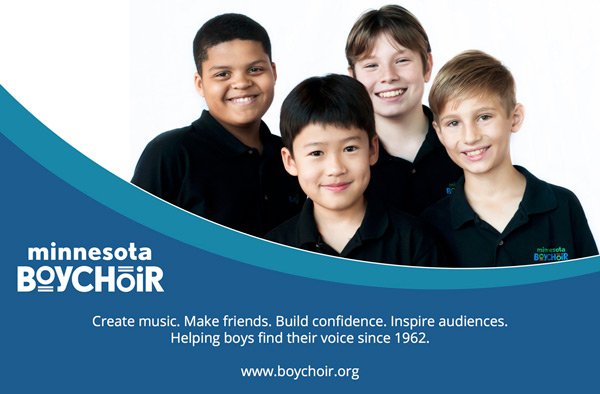 Mark Johnson began his work with the Minnesota Boychoir in 1992 as the accompanist and was hired as the Artistic Director in 1993.  Mr. Johnson holds a degree in vocal music education from St. Olaf College and he taught junior high choral music before becoming full-time conductor of the Boychoir in 1997.  Mr. Johnson’s reputation in choral work has led to many invitations to work as a clinician, accompanist and adjudicator with regional, national and international honors choirs and festivals.