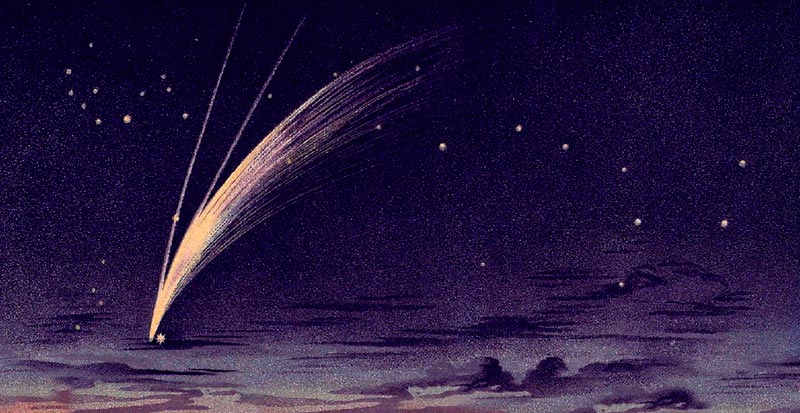 We do not know much about what happens to our soul after we pass on, but there are certainly many different ideas. Ancient Roman poet Ovid wrote “Metamorphoses,” a narrative poem that, through a mixture of true history and mythology, chronicles the history of the world up through the death of Julius Caesar. The piece “Comet (Transmigration)” that I wrote for the 2016-17 Minnesota All-State Mixed Choir is a translated text from this work, in which the Roman God Jupiter asks Venus to take the spirit of Caesar and turn it into a star. It catches fire and becomes Caesar’s Comet, which was reported to have been seen in 44 B.C.

The music of the piece begins on the ground but turns to follow Venus as she carries Caesar’s spirit up through the atmosphere and into the heavens. We hear the music “glow and take fire” as she rises and rises, until she turns it loose and it finishes its ascent. The end of the piece features the bass section, split in half, singing parallel repetitive glissandi and marking the rising path of the comet.

I’m thrilled and honored to have been asked to write for the Minnesota All-State singers, and I can not wait to hear what they do with this piece. The piece is scored for a cappella SATB choir with divisi to 8 parts.

Timothy Takach studied music composition at St. Olaf College, Northfield, MN, where he graduated with honors. He has frequent work as a presenter, clinician and lecturer for conventions, schools and students across the country. He is a full-time composer and lives in Minneapolis with his wife and two sons.