Horne was nominated by Nikita Albrecht, formerly of Dover-Eyota Schools. In her nomination, Albrecht commented on Horne’s incredible dedication and support of choral music in Southeast Minnesota:

I would like to nominate April Horne for the ACE award. She used to have children that were in choir at Dover-Eyota, and for the past several years…she put together the Southeast Minnesota A Cappella Festival which started at DE, became an annual event that traveled around the schools in SEMN, and ended up for the past 3 or 4 years at the Mayo Civic Center because it got too big for high schools to accommodate. She had choral groups from around the world come and share educational workshops and performances with the…choirs involved, and had college choirs collaborate and perform as well. This was done along with the National Alliance on Mental Illness so some proceeds went to NAMI as well each year. Acts she was able to bring for our students to witness included Cantus, Six Appeal (many times), Great Northern Union, and then some.…She also sings female barbershop…and she coordinated a summer workshop each year for girls interested in singing barbershop. She attends and supports many choral events in the area from high school concerts and musicals to professional performances and keeps choir directors in the area in the loop about choral events that might interest them.

Jeffrey attests to the influence Horne has had on choral music in Southeast Minnesota as well:

The Southeast Minnesota A Cappella Festival is a major event in our district, with wide participation. I have many students who have participated in one way or another and absolutely loved it. It is one of the major festivals that choir directors in this corner of the state talk about. April has done an incredible job building this event and making it a success.

Additionally, Horne is on the board for Sing Out Loud, sings with the Zumbro Valley Chorus Sweet Adelines, and travels to schools with a quartet to share the joy of barbershop with students. She loves music and believes in supporting and sharing that joy with others, which is why she does such significant work supporting choral music and why she is so deserving of the Advocate for Choral Excellence Award. 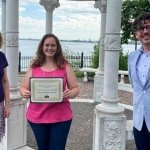 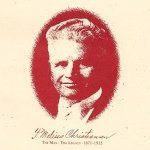