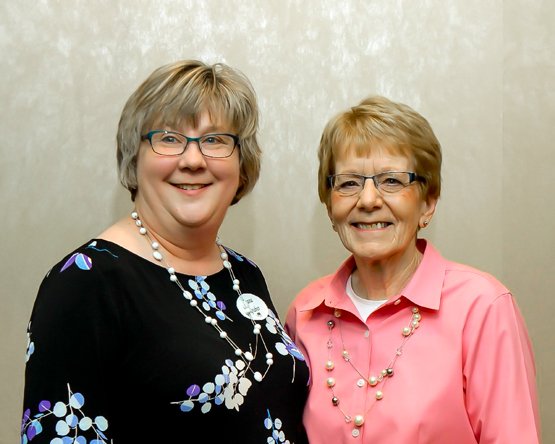 The ACE Award for the Southwest District, was presented to Joan Lundell of Granite Falls by ACDA-MN Southwest District Chair Seana Graber of Luverne Public Schools. Ms. Lundell was nominated for the award by Granite Falls community colleague Jeff Iverson. The award was presented on Thursday, August 9 at the Summer Dialogue Award and Recognition Banquet held at St. Olaf College in Northfield.

Joan Lundell is the 2018 ACE Award recipient from the Southwest District. Jeff Iverson, the choir director from the Yellow Medicine East Middle and High School, nominated Joan for the ACE Award. Jeff nominated Joan because she has been a supportive musician in the Granite Falls community for many years. Joan is a dedicated musician and has played piano and organ in several area churches for over 50 years. Joan also accompanies the Yellow Medicine East Middle and High School choir students and has been doing so for several years. She accompanies every performance as well as MSHSL large-group and solo/ensemble contests. Joan is an avid supporter of music education in the community. Joan’s positive outlook and supportiveness have assisted the music students in unique ways. She truly cares about the students and through her supportiveness and calm demeanor; she is able to help the students reach their potential.