After a Covid-related disruption to the 2020-21 honor choir season, we look forward to producing a robust honor choir program in the remaining months of the 2021-22 academic year with this schedule:

We thank our ACDA-MN and honor choir leadership teams for their thoughtful guidance as we navigated through a challenging 2020-21 season, and our ACDA-MN membership as you support these honor choir programs in the remaining months of 2022.

Special thanks to Kyle Eastman of Northfield High School who has been involved with the State 9-10 honor choir program as a co-chair of both the SATB and TBB honor choirs, serving in these capacities since 2013.  And we welcome Jonathan Kopplin of Holy Family Catholic High School in Victoria, assuming co-chair leadership with the 9-10 TBB honor choir. 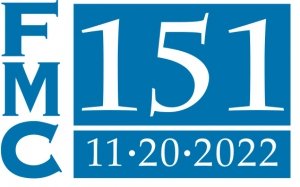 The FMC 151st Anniversary Concerts have been scheduled for November 20, 2022 at 2:00 pm and 6:30 pm and will be performed at Orchestra Hall in downtown Minneapolis.

This highly anticipated event celebrates the 151st birth anniversary of F. Melius Christiansen, the father of a cappella choral singing in America and founder of the St. Olaf Choir.  Composer René Clausen, former conductor of The Concordia Choir-Moorhead, and poet Brian Newhouse, former program director of Classical Minnesota Public Radio, have collaborated on a newly commissioned piece which will be premiered at this concert. The following six distinguished Minnesota choirs will be featured:

All proceeds from the event will be used to ensure the vitality of choral music in Minnesota by providing financial support to promising Minnesota choral directors and their students wishing to further their professional training and experience, and to support the ongoing state-wide programming for ACDA of Minnesota. Tickets will go on sale at Orchestra Hall in September, 2022.

Complete candidate bios and statements of leadership intention will be published via The Weekly Pulse in the weeks leading up to the balloting time frame.

Plans are being made to develop an in-person program for the annual ACDA-MN Summer Dialogue, August 3-5 located at St. John’s University in Collegeville MN. The Summer Dialogue planning team, led by ACDA-MN State President Diane Heaney, will be offering relevant and engaging sessions throughout the new and revised three-day schedule. 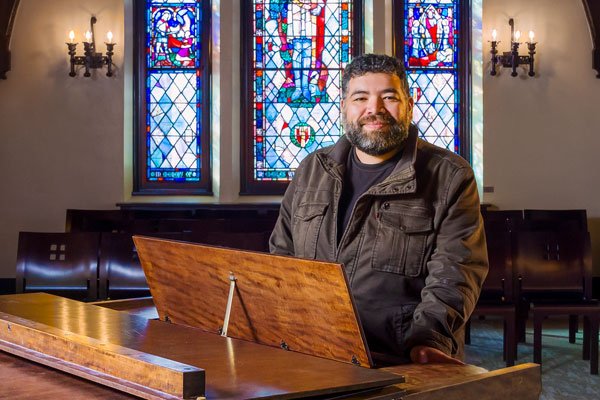 MMEA All State Choir headliners are 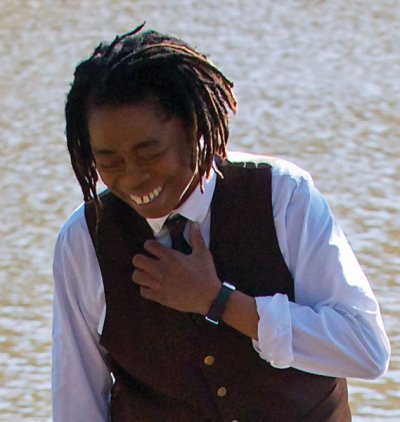 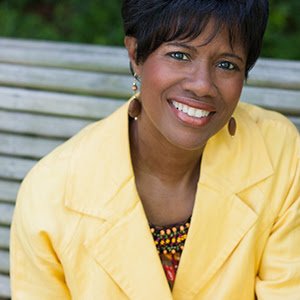 More updates will be shared throughout the spring, with the on-line registration site ready to open in May.

The following ACDA-MN members were nominated by their peers and selected by the ACDA-MN Board of Directors to receive these annual awards which were presented at the 2021 State Conference this past November. 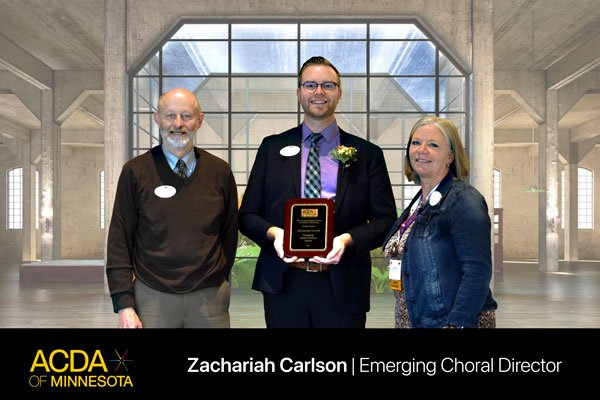 In his role as Director of Music at Valley of Peace Lutheran Church in Golden Valley, he oversees all aspects of Music Ministry and directs the children’s choir, handbell choir, adult choir, and chamber ensemble.  As a professional singer, Carlson has performed with The Singers-Minnesota Choral Artists, the National Lutheran Choir, iMPLS, PopUp Choir, and Twin Ports Choral Project. He has presented sessions at state and regional ACDA conferences in 2020 and co-facilitated professional development at Buffalo High School. Passionate about furthering his education, Carlson has garnered valuable experience studying conducting with leading choral directors in Norway, the United Kingdom, and the United States. He completed a Bachelor of Music in Vocal Music Education at the University of Minnesota-Duluth and earned a Master of Music Education at Michigan State University. 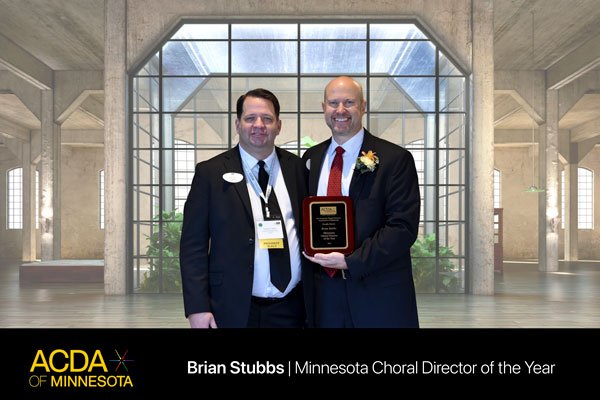 Brian Stubbs is the Vocal Music Director at Brainerd Senior High School and is a veteran teacher of 32 years, directing SATB, SSAA, TTBB and Vocal Jazz ensembles, grades 10-12.  Brian is also active as a church musician, directing an adult mixed choir, with past ensembles including an adult men’s choir, and a contemporary worship group.  Brian also sings in and leads a community chamber group, giving 2 formal concerts a year and appearing at community events. A graduate of Concordia College in Moorhead, MN, Brian had the privilege of singing in Paul Christiansen’s last choir and Rene Clausen’s first two.  He earned his Master of Music Education degree at the University of Northern Colorado at Greeley.

Brian is an alumni of the Blandin Foundation Community Leadership program, chosen in his community as a leader for the arts and education.  He has served on the board as President as well as District Chair of ACDA-MN, and as Choral VP for MN Music Educators Association.  He was HS Men’s Honor Choir Co-Chair for the 1998 NCACDA Division Conference.  Twelve year later, he served as Program Chair for the 2010 NCACDA Division conference in Minneapolis.  Closer to home, he served as worship coordinator, organ committee chair and congregation president at his church, as well as secretary and VP on the Reif Arts Council.  He has been a department chair, MEEP coordinator, Grievance chair and Curriculum Coordinator for his music department and school.

Being in smaller communities outside the metro area, Brian has always had an eye towards bringing outstanding choral experiences to his community, through performance, and by inviting ensembles to visit.  With a motto of “say yes to almost anything” Concordia, St. Olaf, Luther, Bemidji State, St. Cloud State, the U of MN, UMD, NDSU and UND, along with the Rose Ensemble, the Singers, and VocalEssence have all been hosted, and their directors have worked with Stubbs’ choirs.  Stubbs has written grants to bring The King’s Singers and Sweet Honey In the Rock, with accompanying workshops as well.  His choirs have been featured in MMEA and ACDA state conferences, and toured across the US, singing in great halls and churches, as well as in airplanes, subways, lobbies, pool decks, bathrooms, kivas, and a submarine. 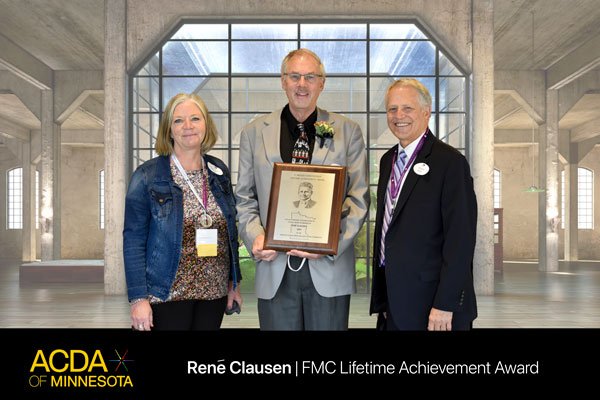 Dr. René Clausen, emeritus conductor of The Concordia Choir, is known nationally and internationally as a premiere conductor and composer.  He served as choral conductor at Concordia College, Moorhead, Minnesota from 1986 to 2020.  Clausen continued the choir’s outstanding tradition and furthered its national and international reputation. He developed a choir that blends rich aesthetic expression, tonal refinement, and technical skill, serving as a model for choirs throughout the country. He has been the Artistic Director of the twice ©Emmy award winning Concordia Christmas Concert which are frequently broadcast nationally by PBS.

René Clausen is also a well-known composer and arranger, having written over seventy five commissioned compositions which are frequently performed worldwide. His compositional style is varied and eclectic, ranging from works appropriate for high school and church choirs to more technically-demanding compositions for college and professional choirs. Interested in composing for various media, Clausen’s compositional interests include works for the stage, solo voice, film and video composition, choral/orchestral compositions and arrangements, as well as works for orchestra and wind ensemble. He regularly composes on a commission basis, and is a frequent guest conductor and composer-in-residence on a national and international basis.  Special commissions include Canticle of Praise written for the King’s Singers and the Mormon Tabernacle Choir as well as all of the choral scoring and arrangements for the musical T*E*X*A*S.  Dr. Clausen has on two occasions written commissions at the request of the American Choral Directors Association.  In 1994, he composed Crying for A Dream, a three-movement work based on Native American themes premiered at the North Central regional ACDA convention in Rapid City, South Dakota.  Again in 2002, Rene Clausen was invited by the ACDA to write the prestigious Raymond W. Brock Memorial Commission for the 2003 national ACDA convention In New York City.  Written for chorus, orchestra, and baritone solo, his composition MEMORIAL was inspired by the tragic events of 9/11/01 in New York City, and was premiered by the Concordia College Choir and Orchestra at Lincoln Center on February 15, 2003.  Commemorating the tenth anniversary of the events of 9/11/01, he once again conducted MEMORIAL at Lincoln Center Avery Fisher Hall on Sunday, September 11, 2011.

The compositions of René Clausen have been the subject of two doctoral dissertations: “The Choral Music of René Clausen.”, Todd Guy, D.M.A. Thesis, Ball State University, 1997; and “Four Twentieth-Century Choral Settings of Walt Whitman’s Poems by American Composers”, John F. Warren, D.M.A. Thesis, University of Miami, 1999. He was also one of a group of ten selected American composers featured in the book “Composers on Composing for Choir”, edited by Tom Wine, published by GIA Publications.  “Life and Breath: Choral Works by René Clausen” is a 13-track recording by the Kansas City Chorale.  This CD of compositions by Clausen won two Grammy Awards in 2013, including Best Choral Performance.

Clausen is in frequent demand as a guest conductor, guest composer-in-residence, lecturer, and motivational speaker, both in the United States and in Europe.  In addition to choral conducting, Clausen is becoming increasingly well-known and in demand as a guest conductor of the major choral and orchestral literature and for orchestral conducting. At Carnegie Hall, he has guest conducted the Brahms Ein deutsches Requiem, Mozart Requiem and Mass in C Minor, together with the New York première of four of his own works: Gloria, Whispers of Heavenly Death, with text by Walt Whitman, Communion, with text by George MacDonald, and Hellas: In the Name of Freedom-1821, commissioned by Mid-America Productions of New York City in celebration of Greek Independence Day. Other major works in his choral/orchestral repertoire include the Poulenc Gloria, Vaughan Williams Hodie, Beethoven Mass in C Major, Choral Fantasy, and Ninth Symphony, Britten War Requiem, Orff Carmina Burana, and the Fauré Requiem.

His large-scale compositions include Requiem, commissioned by the University of New Mexico and received its New York City premiere in March, 2012.  In 2018 he was commissioned by Concordia College-Moorhead to compose The Passion of Jesus Christ, a seventy-five minute oratorio based on the events of Holy Week, premiered both at Concordia College and Orchestra Hall in Minneapolis.  Clausen’s most recent large-scale work was commissioned by the Fargo-Moorhead Symphony Orchestra and is titled Before The Whirlwind, an orchestral/choral tone poem based on the geological history of the Red River Valley.

In 2012 Dr. Clausen received the Award for Excellence in the Arts from Washington and Lee University, and in 2016 Clausen was awarded the Reuel and Alma Wije Distinguished Professorship by Concordia College.  In 2017 he was awarded an Alumni Achievement Award by his Alma Mater St. Olaf College.  In the spring of 2018, he was given the Weston Noble Lifetime Achievement Award by the north central division of the American Choral Directors Association.  He is the former holder of the Paul and Eleanor Christiansen Endowed Chair in Choral Music at Concordia College.

Clausen is a graduate of St. Olaf College, Northfield, Minn., and received his Master of Music and Doctor of Musical Arts degrees in choral conducting from the University of Illinois, Urbana.

René Clausen is married (1974) to the former Mary Francis (Frankie) Dimick.  Together they have three children.