Standing Upon Your Shoulders

It has been an honor of a lifetime to “stand upon the shoulders” of so many who have been involved in the front lines of making this organization such a supportive professional community! Since 2009, I have had the privilege of working alongside hundreds of dedicated leaders and members who diligently strove to make ACDA-MN relevant and engaging. These past thirteen years have demonstrated that we have something very special within our ACDA-MN community that other state chapters around the country look up to. What I have observed over these years was the expansion of meaningful programs supported by an outstanding leadership model that set high standards of excellence that began over 60 years ago.

Permit me to look back and highlight some of our accomplishments together.

When I first assumed elective office in 1987, along with planning for the annual ‘Fall Convention’, the first order of business was to sponsor a new type of activity called a children’s honor choir. Under the leadership of then President Bob Peterson, we worked together to develop this new event and enlisted the support of a brand-new leadership structure called “Repertoire and Standards” (R&S) children’s choir chairs to assist us in this venture. The result was overwhelmingly positive, and plans were made to replicate the event at the junior high/middle school level which resulted in the first ‘Anacrusis’ Honor Choir that performed at the 1991 State Conference located in Mankato during a furious snowstorm. 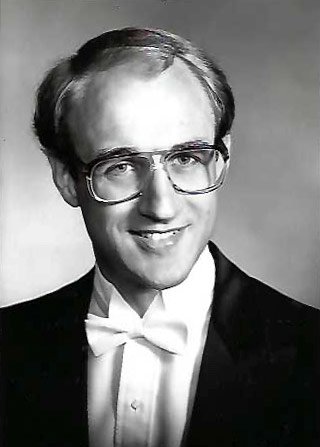 As I entered my presidential term in 1989, word came from the ACDA national office that all future dues allotments to the state chapters would be frozen for a year in response to some serious deficit spending at the national office. As a result of that action, ACDA-MN experienced no dues income and had to “tighten the financial belt”. We had no funds to pay for the print version of the Star of the North, pay mileage to and from in-person board meetings, office supplies, postage, etc. Our temporary solution was to ask for donations from board members to keep the organization afloat. That experience taught me an influential lesson that ACDA-MN would never be caught again in the crosshairs of financial difficulties.

Despite early financial woes, our organization was determined to engage the membership with new and exciting programs (beyond honor choirs) such as the Men’s and Women’s Choral Festivals, Star of the North choral festivals for Chamber Choirs, Pop Choirs, and Vocal Jazz.

During the 1989 Louisville National ACDA Convention, I convened a breakfast meeting of Minnesota choral directors to discuss how we might encourage MMEA, our sister organization, to expand the All-State Choir program from one to three ensembles. After many months of discussions and planning between ACDA-MN and MMEA, the first expanded All-State Choir program emerged in the summer of 1991 at St. Olaf College, the same time when the Summer Dialogue conference was physically connected to the All-State camp for the first time, which was now programmed and coordinated by elected ACDA-MN leadership. It was during this event that graduate credit was offered for the first time.

Other major events that helped shape our organization were the two anniversary celebrations of F. Melius Christiansen in 1996 and 2006 that produced initial funding for the FMC Endowment Fund. As a result of the 2006 event, a special sponsorship gift of $100,000 was presented by the Wenger Foundation that firmly rooted and secured the FMC Endowment Fund. One of the goals to establish this new fund was to guarantee that ACDA-MN would never be in a position of financial stress as experienced in 1989-90. Today, the FMC principal fund balance is over one million dollars in value and helped set the stage to support our organization during the challenging Covid-19 pandemic. 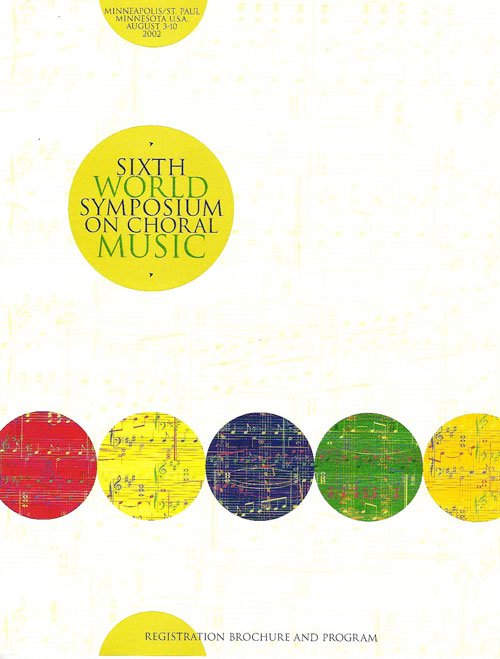 Another huge event that further solidified our organization was the hosting of the Sixth World Symposium on Choral Music in the summer of 2002. As Program Chair, I scheduled over 100 concerts for the Symposium program and throughout the metropolitan community during the memorable week-long event that was personally hosted by hundreds of ACDA-MN members.

Approximately twenty-five choirs from around the world joined several home Minnesota choral organizations and produced an event of stellar proportions!  In return for ACDA-MN’s leadership and involvement, Symposium proceeds of over $90,000 were contributed to the FMC Endowment Fund. 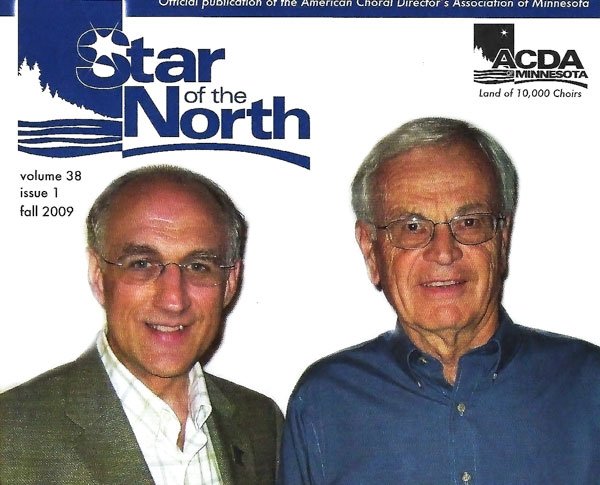 Becker & Kivell Via Star of the North

Fast forward to 2009, the year I assumed the newly created office of full-time Executive Director. The organization enjoyed a solid financial foundation set forth by predecessors Wayne Kivell (Executive Secretary) and Chuck Hellie (State Treasurer). It was through their tireless and visionary work over many years that made the new office of Executive Director possible.

With the help and assistance of the Executive Board and Board of Directors, highlights over these years have been:

Over an ACDA leadership career spanning 46 years, I’ve learned that our professional lives are filled with people who come and go, people we remember, and those who fade. As I move on from here, I hold each of you in my memory, grateful for all the time we spent together.

I thank you for the privilege of being able to humbly “stand upon your shoulders”.