The singers of Falcon Ridge Middle School (FRMS) know they are entering a safe classroom where the school and personal stresses of their lives can be set aside. This vocal classroom exists to provide fun, artistic, goofy, and sometimes unbridled creativity. No matter how it may be defined, the concept has worked for me at FRMS.

Our choir room is located in the heart of District 196: Rosemount-Apple Valley-Eagan Public Schools. With 19 elementary schools, six middle schools and four comprehensive high schools, and an environmental magnet school, it is the fourth largest school district in Minnesota. Falcon Ridge is a stone’s throw from the Minnesota Zoo, and nearly all of our students are split between Eastview or Apple Valley high schools.

There is talent all around us – all of us! One of the aspects I love most about ACDA-MN is the commonalities of our programs. Each of us have a storied history of wins and losses; we take who we get, recruit a few more humans, lose a few to scheduling issues and make it work. That whatever-it-takes attitude drives my daily motivation. Let’s sing! Whatever else is going on in your world, let’s sing! 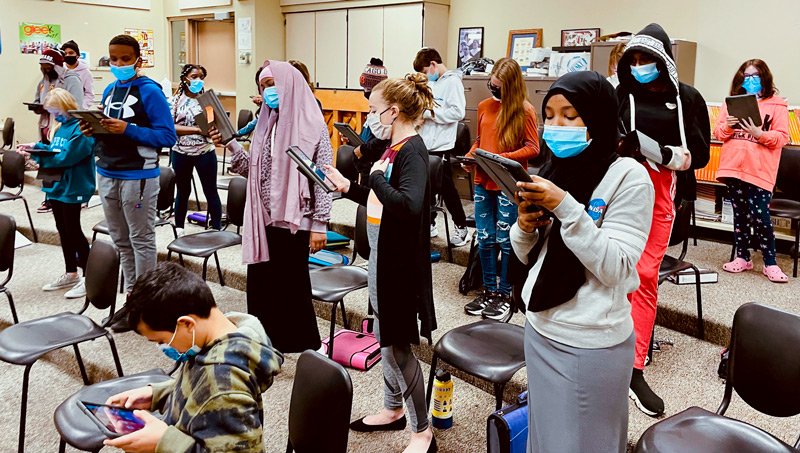 That safe-zone, mixed with a high degree of quirky behaviors (both from me and them), creates quite a mixed bag. I love that! Students who feel safe are far more likely to speak. And sing! Breaking down those daily barriers opens the way for vocal participation and also sharing thoughts (and sometimes feelings). For me, that’s where positivity grows and my compliments or encouragements start spewing out. I think that’s called motivation. My idealistic nature brings high expectations. However, I need to remind myself constantly – “I know the map and how to find my way; they’ve never even been on this path!” That’s where I attempt to make technique practical and meaningful…insert dad jokes. 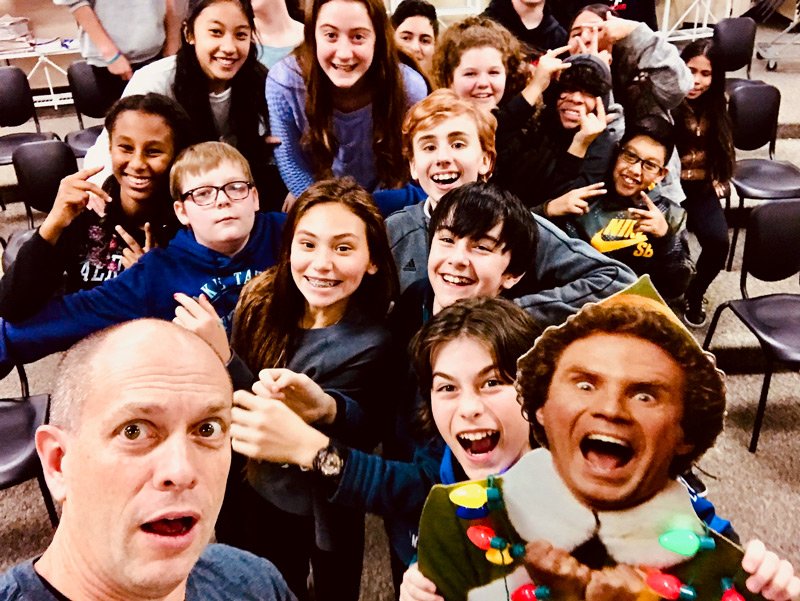 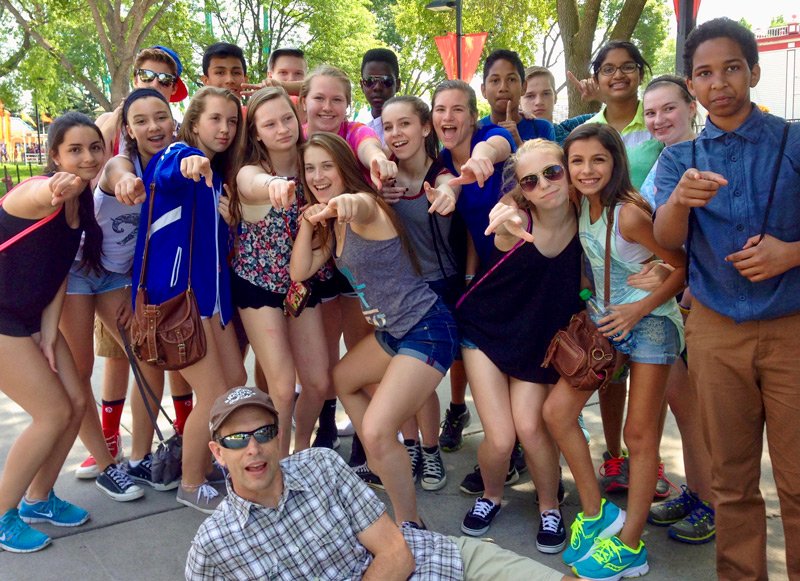 The success of our Apple Valley, Eagan, Eastview and Rosemount choirs is vividly seen within the past decades of ACDA-MN conferences. The respective former names within these programs are the brickwork of District 196: Bruce Becker, Randy Schaefer, Judy Sagan and Steve Boehlke. Current names also follow suit: Joel Beyer & Reid Larson, Jim Cox and Amy Jo Cherner, Greg and Kari Douma and Steve Albaugh, Gina Toso and Laura Sandham. Both collectively and individually, these schools annually send top numbers to our state honor choirs. Their choirs are also regularly earning performance time at the many opportunities within our state and region. How fun is that! I love feeling some ownership in supplying these programs with our middle school singers. 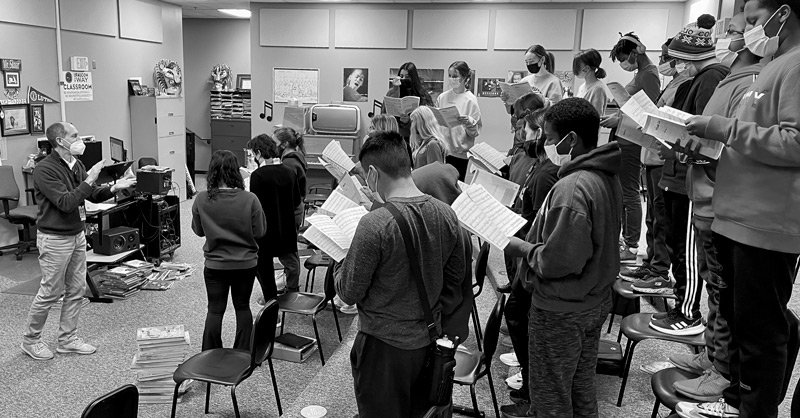 The school operates on trimesters within a two-day elective schedule. Incoming sixth-graders at Falcon Ridge have the year-long options of band or choir. Those who don’t choose to participate in band are provided a trimester of choir and featured in a late November concert. The other two trimesters are filled with more expansive music offerings (guitars, keyboards, technique projects/units and GarageBand), with sporadic singing inserted along the way. Depending on the year, sixth-grade choirs may or may not be included in the May concert.

WIN is a new exploratory program with a vast array of random six-week offerings by all teachers throughout the school year. Students sign up for two of their interests and attend this 30-minute class on Tuesdays or Wednesdays. This is the only curricular time to squeeze in activity choirs. Treble Choir, Raptor Choir, Festival Choir and Sixth-Grade Select find their time here. They perform in whichever concert matches the offering. In March, the groups are featured in the Solo and Ensemble Concert, programmed alongside 20 solos and duets.

2003-04 Teacher Workshop District Meeting: “Hey – we all have about 30-plus highly skilled eighth-grade singers. Let’s pool them together from our six middle schools to provide an amazing preview of the SATB singing experience!” Julie Aune of Mankato Children’s Choir fame was hired and we did it! An old Fred Waring Songbook arrangement of “The Star-Spangled Banner,” three SATBs, an SAA and a TB song each made the program and has remained the general template for Choir Fest. The program has invited stellar directors like Christopher Owen, Mark Johnson, Tim Sawyer, Sue Gilsdorf, Sandra and Tim Peter, Sarah Gilbertson, Mark Potvin, Robin Hughes, Matthew Culloton and other greats. This district tradition has become a great motivator for sending our eighth-graders into high school choir. 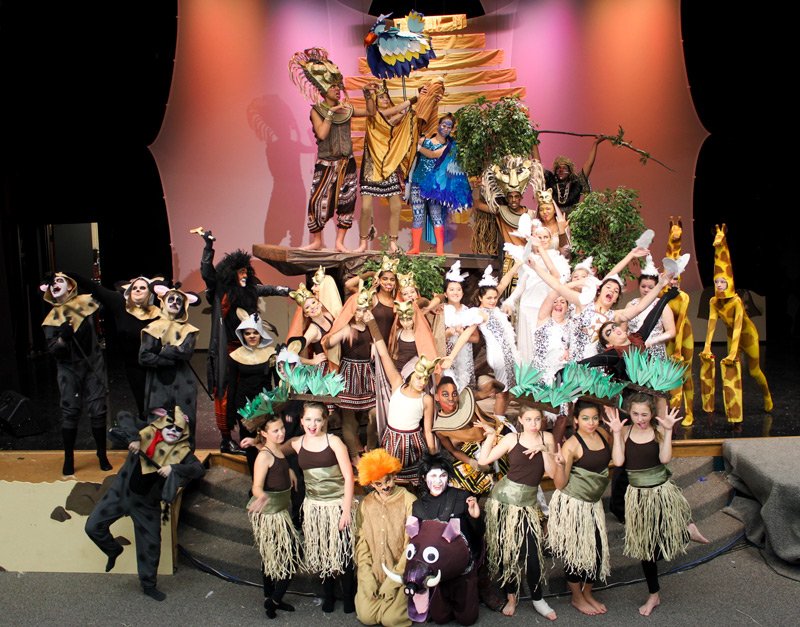 Having run a successful decade of performing arts camps for summer Community Education in District 196, the 2012-13 school year brought an offer to take on the drama and musical theatre program at FRMS. The timing was rich with talent and allowed us the ability to produce many big-name musicals and dramas with great success. The word got out; this was going to be big. The new hurdle was the smaller, 250-seat theater for weekend audiences of nearly 1,000. That’s what happens when you combine Disney titles with full-scale production value. The support of district high school directors has been incredible. 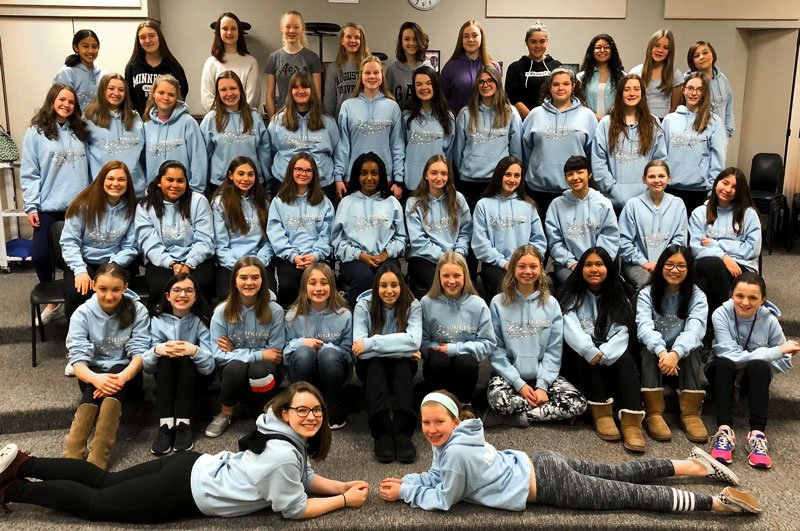 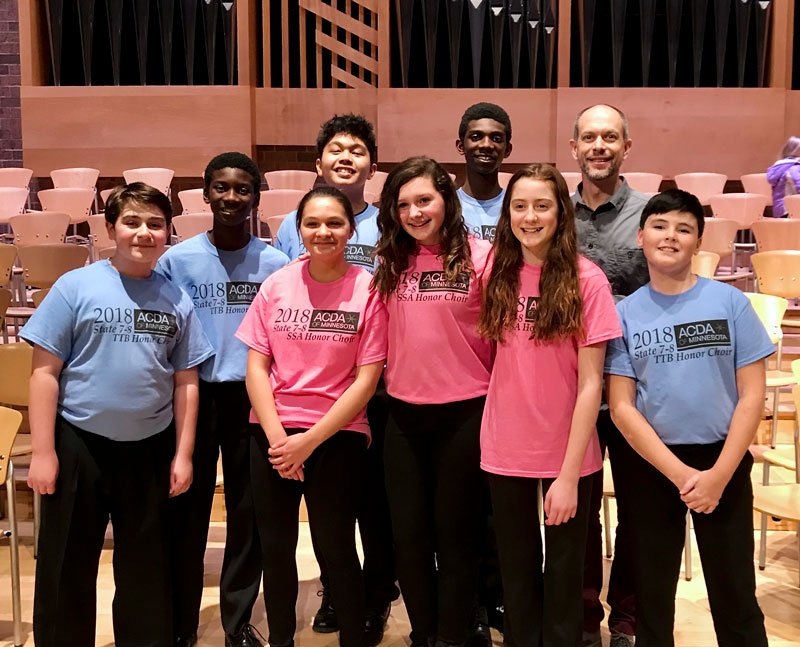 So many performances; so little time! Community singing at elderly homes and local events turned into occasional anthems at sporting events and annual trips to Mall of America. There is so much work arranging the many details, but these opportunities are so much fun and create unforgettable memories. These singing experiences complete our programs and help us survive the random bumps and bruises all programs experience. Extra efforts are ALWAYS worth it. Since joining the State Honor Choir program in 2007, FRMS has sent over 100 students to perform in the 7-8 TTB and SSA Choirs. 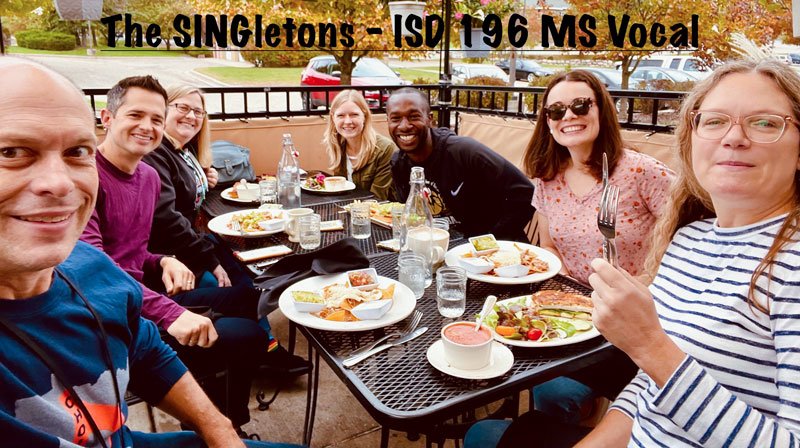 Michael D. Skaar is in his 22nd year at Falcon Ridge Middle School, Apple Valley, MN. A graduate of Luther College, he sang three years with Nordic Choir under Weston Noble and was selected as soloist for three seasons of Handel’s Messiah. He earned an MA in education and K-12 principal licensure from St. Mary’s University – Minneapolis. He is proud of his ACDA-MN contributions with ten seasons as co-coordinator of State 7-8 TTB Honor Choir. He lives in Farmington with his wife and co-director Julianne, who is a gifted accompanist, voice/piano instructor and drama coach. Three of their four children have left the nest and remain in the Twin Cities. The non-teaching “Life of Skaar” is filled with the family time of camping, fishing, church, travel and the never-ending pursuit of the world’s greatest coffee shop.