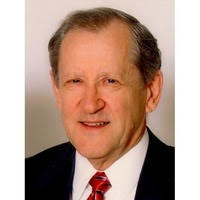 Rev. Dr. David William Krause of Bella Vista, Arkansas died peacefully Saturday, March 12, 2022, following a short battle with cancer. Born July 19, 1933, the third son of Gertrude Bertha Ann (nee Schulz) and Rev. Otto Frank Ferdinand Krause in Dorset, Minnesota, David attended Concordia in Seward, Nebraska for both high school and college, and graduated in 1955. He earned his Masters from the University of Southern California in 1963 and his Doctorate from the University of Iowa in 1974. He completed theological training at Concordia Seminary, St. Louis, Missouri in 1994.

Throughout his career, David was a teacher, musician and pastor. Most notable are his years (1969-1991) at Concordia University in St. Paul, Minnesota, directing the Chorale/Christus Chorus, including two European tours. Following his ordination, David served parishes in Wisconsin and Arkansas.

David is preceded in death by his beloved wife, Katy; his parents; two older brothers and a younger sister. He is survived by his children Vivian (Michael) Massaglia, Stephen (Wendy), and Rachel (Dennis) Durham, 15 grandchildren, and 18 great-grandchildren.

Memorial donations are graciously preferred to the Gertrude B. Krause Memorial Scholarship at Concordia University, St. Paul, Minnesota and Camp Omega, Watertown, Minnesota. On-line condolences may be made at www.funeralmation.com.