Brian Ohnsorg is in his 20th year as a music educator, during which he has taught vocal music at the secondary and collegiate levels. He holds a degree in Music Education from Gustavus Adolphus College and a Masters of Music in Vocal Performance from the University of Minnesota. Mr. Ohnsorg teams with Ms. Dimich and primarily directs Men’s Choir and Cantabile. In 2010 Mr. Ohnsorg was honored by the American Choral Directors Association of Minnesota as Young Choral Director of the Year. Outside of the FHS Choral Department, Mr. Ohnsorg is a church musician at Mount Olivet Lutheran Church, in Minneapolis, where he serves as Tenor Section Leader, Soloist and Assistant Director of the Senior Choir. A Tenor vocalist, Mr. Ohnsorg has established himself as a well-known ensemble and solo singer throughout Minnesota and beyond. He has sung with professional ensembles such as The Minnesota Chorale, VocalEssence Ensemble Singers, the Minnesota Bach Society and Grammy award winning organization, the Oregon Bach Festival Chorus. His recent solo engagements have included Bach’s St. John’s Passion with the Leipzig Baroque Orchestra, Dubois’ Seven Last Words at Mount Olivet, Mozart’s Requiem with the St. Olaf Choirs and Mendelssohn’s Lobgesang with the Southwest MN Chorale. 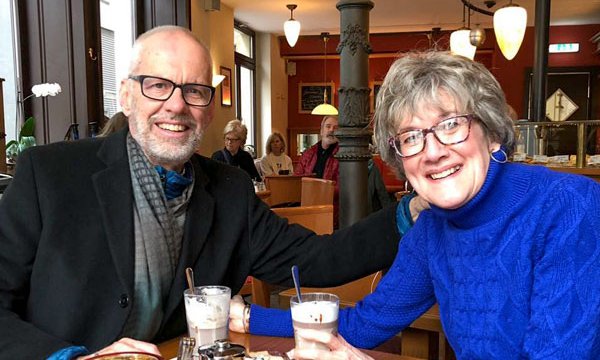 Choral music educator, Julie Aune and Conductor of the Gustavus Choir, Dr. Gregory Aune on the eve of his retirement from Gustavus Adolphus College. This June, the Aune’s will move to their lake home near Voyageur’s National Park and plan on spending more time with their family and …. Read More